Richard Wright, concept artist and illustrator for projects such as Magic: The Gathering and World of Warcraft, showcases his work in this sneak peek inside issue 126… 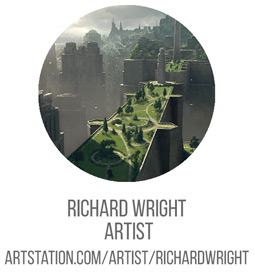 Over the past five years Richard Wright has held a successful career working for companies including Blizzard Entertainment, One Pixel Brush and Ark VFX, creating a wide variety of work. Having made the leap from studio artist to freelance concept artist and illustrator Richard has since taken on many substantial projects including Magic: The Gathering for Wizard of the Coast and the World of Warcraft for Games Workshop.

Inspired by both traditional and digital artists, film directors, and writers, Richard’s work incorporates epic landscapes and grandiose scales with dramatic, lustrous lighting. His works invite you in to explore in more detail the fascinating worlds he creates. This month, Richard talked to 2dartist about his work processes, learning new skills and how he believe anything can be achieved if you want it enough… 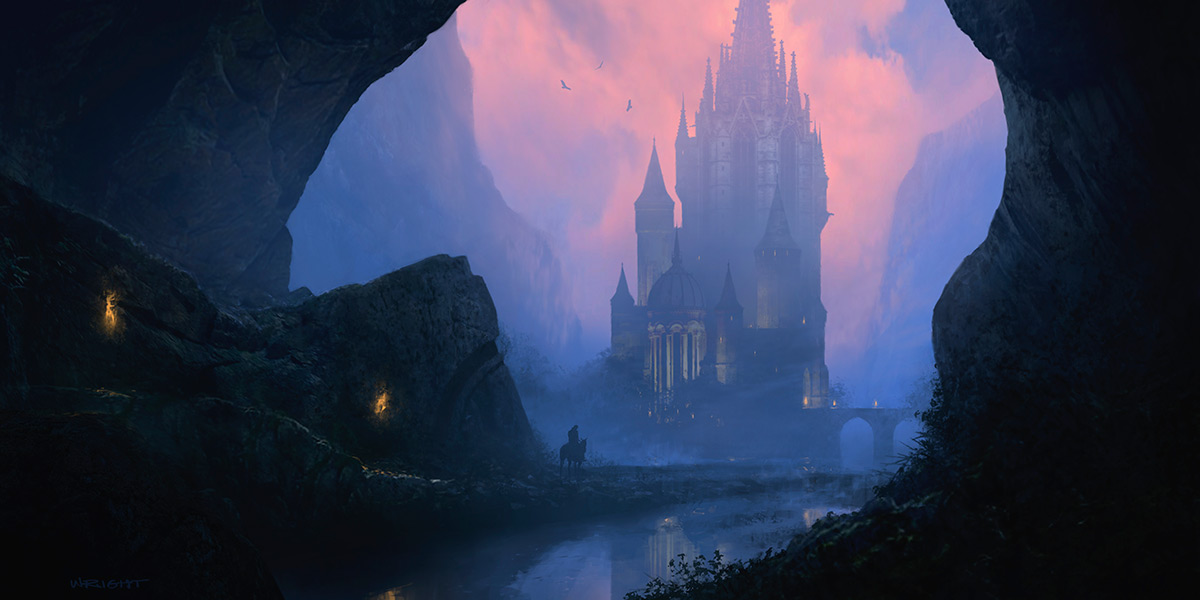 Hi Richard, thanks for talking to 2dartist! Could you start by introducing yourself a bit to the readers?

Hi! I’m an illustrator and concept artist living and working in the UK. I’ve been working freelance now for about five years, creating illustrations for various companies like Blizzard Entertainment, Games Workshop, Wizards of the Coast. I also work for Shaddy Safadi’s company One Pixel Brush producing concept art for various video games.

I originally started out as an illustrator at Games Workshop where I worked for a few years before moving to a video games company called Particle Systems. A couple of years after that I worked at a company called Ark VFX where we created pop promos, commercials and video game cinematics. While I was there I started working freelance on Magic: The Gathering and the World of Warcraft trading card games. I eventually decided to leave and work full-time as an illustrator. 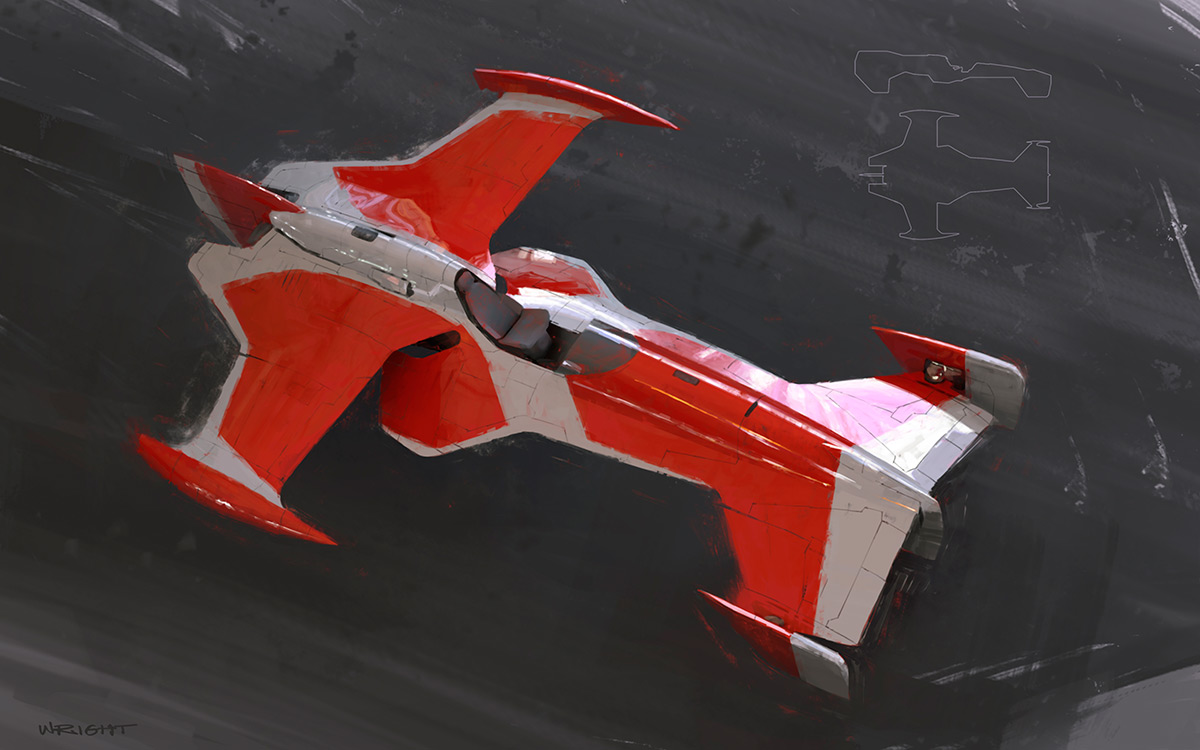 You have worked on a number of varied projects creating illustrations, concepts for films, vehicle concepts and matte painting, how has working in these different disciplines enhanced your career?

Well it keeps things interesting. If I only did fantasy illustrations every day I’d probably get bored and that would begin to show in my work. Eventually I’d stop getting hired.

Each project has its own set of challenges or problems to solve – a new piece of software or technique or maybe a new way of looking at something. It can seem a bit daunting at first, but it’s actually an opportunity to learn something new and to hopefully grow as an artist. Plus having a varied portfolio makes you attractive to a wider range of clients.

Where do you find inspiration for your work? Which other artists do you particularly admire?

A boring answer, but probably the same places as everyone else really; films, TV, books, video games, music, and nature. The work of other artists is obviously a big inspiration and motivation too. I admire John Singer Sargant, Jean-Léon Gérôme, N. C. Wyeth, Ralph McQuarrie, Craig Mullins, Yanick Dusseault and Syd Mead.

I’m also inspired by the work of David Attenborough, writers like Tolkien, Frank Herbert and Iain M. Banks, and film directors such as David Lynch, Terrence Malik, and Hayao Miyazaki, and so on. There are too many to list really.

See the rest of Richard’s interview in the full issue of 2dartist 126!