Glenn Porter, concept artist and animator for projects such as Game of Thrones and Disneyland Forever, discusses his extensive career… 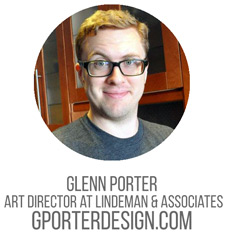 When Glenn Porter moved to Los Angeles as a new Film Production and Animation graduate he believed that a career in concept art and animation was an impossible blip on the horizon. He worked for several years doing odd production jobs on commercials and short films before working for the production company I.E. Effects (Innovate Entertainment, Inc.). There Glenn was introduced to the world of visual effects and concept art from which he launched himself into an impressive career spanning concept art, visual effects and compositing, Matte Painting, animation and creative direction.

Having worked on high profile projects such as Game of Thrones, X-Men: Days of Future Past and the Disneyland Forever 60th anniversary show, Glenn has a wealth of commercial experience and knowledge but still values the philosophical insights that creativity offers. Here Glenn discusses his career highlights, tell us how he avoids creative burn out and he shares his top tips for creating engaging works of art…

Hi Glenn, thank you for talking to 2dartist! Can you kick things off by telling us a little bit about yourself and your work?

Thanks very much for speaking with me! I’m thrilled to be sharing a bit about myself and my work. I moved out to Los Angeles with my now wife almost immediately after graduating from the Rochester Institute of Technology with a degree in Film Production and Animation.

I had almost no fundamental art background prior to graduating, so a career in concept art and animation seemed an impossible blip on the horizon. And really we just thrashed around for the first three or four years in LA trying to get our feet. I did lots of odd production jobs on commercials and short films – everything from camera work, to lighting, to grip – getting paid mostly in handshakes and sometimes in actual money. Then I started working at a company called I.E. Effects (Innovate Entertainment, Inc.) where I was introduced, via mountains of rotoscoping and paint work, to the world of visual effects and concept art. 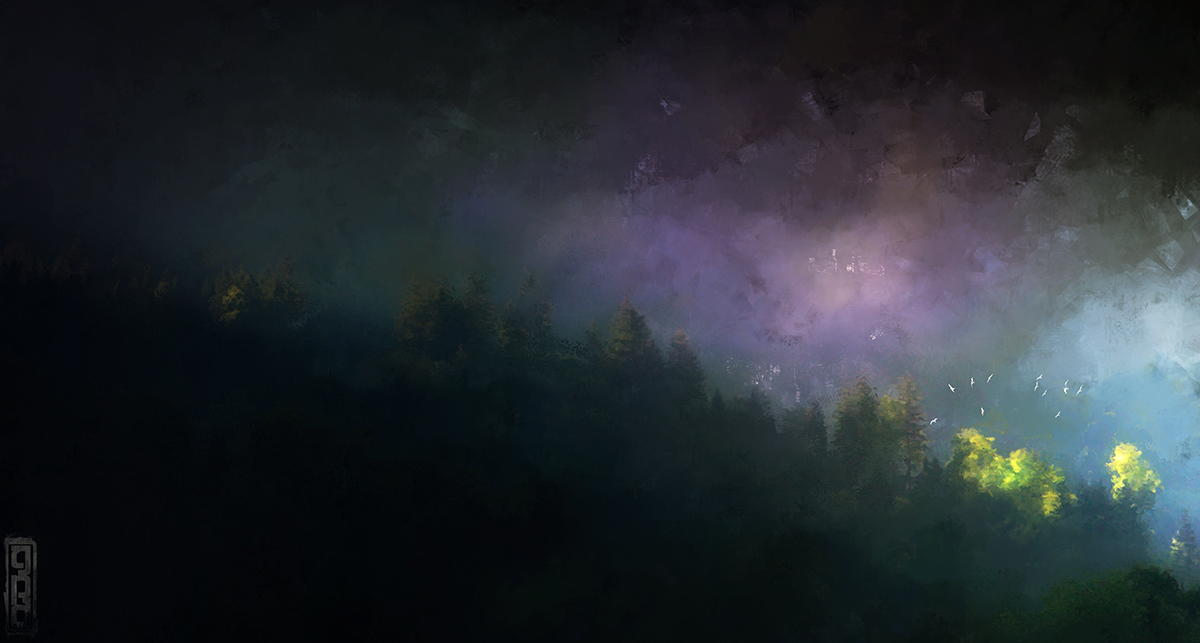 Storytelling is really important in your work, how do you ensure there is a clear sense of narrative in your work?

Storytelling is indeed the heart of everything I do. If you’re not telling compelling stories that can connect with a person halfway around the planet you’re cheating yourself and your viewer out of a meaningful connection to your hard work. Stories need not be complex or over-wrought with detail. Even a few perfectly placed brushstrokes can move someone to tears.

Storytelling really comes down to ninety percent of the work load being in the research and reference phase of your design. Gathering the right reference is the absolute most important part of the storytelling process. Even just scratching the surface of the world you are trying to create through reference leads you down amazing roads you’d never thought to include and all sorts of exciting stories start to bloom.

What made you want to pursue a career in the digital art industry?

I think the ability to introduce another person to worlds and characters you create is a kind of human connection that can’t be found anywhere else. I may never get a chance to meet that person face to face, someone living thousands of miles away in hugely different circumstances. But a shared experience takes place when something I’ve done strikes a chord with them. That connection stays with them even in small ways, it becomes a part of them. I just think that’s incredible. 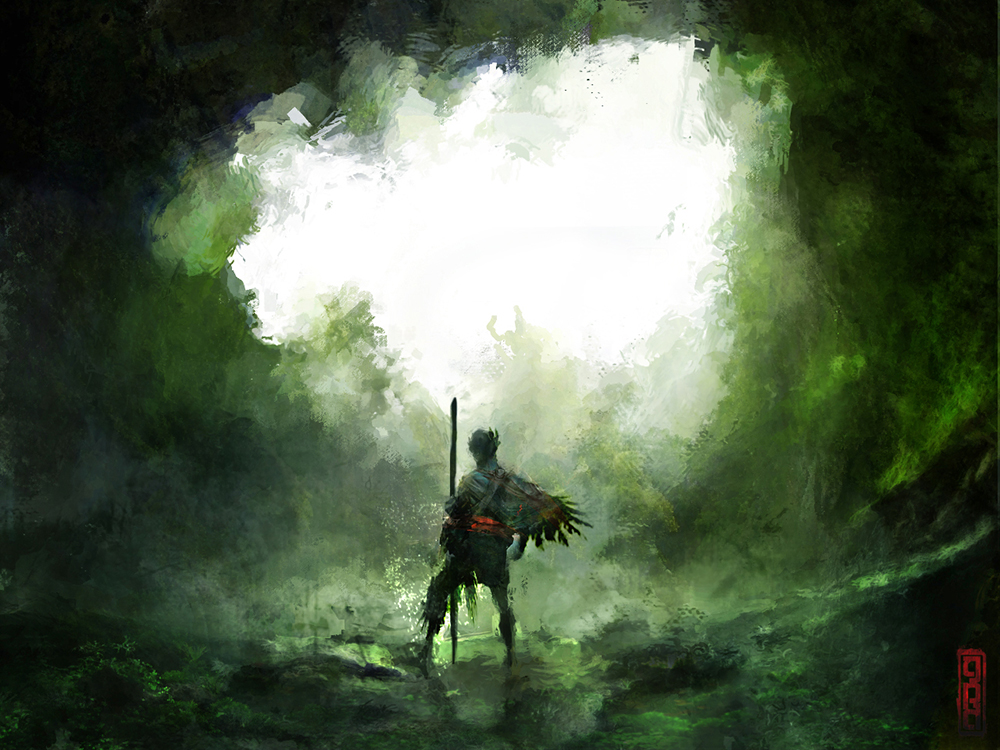 What are your preferred tools to work with and why?

I love the fluidity of working in digital painting. Lighting and mood that, for me at least, would otherwise be impossible to create in a traditional medium I can do quickly and with great control in a digital medium. However, I love sketching in pencil. The value range with pencil is really quite incredible and the speed at which you can quickly express something in a pencil sketch is pretty awesome.

My primary tool is Photoshop. There’s such a wealth of resources in terms of brushes and tools at your disposal. It’s a medium that really quite selfishly allows you to build on the talent and brilliance of other artists and in turn, give back to their process. That’s something that I love about digital art; it can be so open source, so collaborative in ways that traditional mediums can’t.