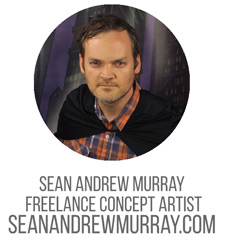 My father tells me that my very first drawing was on the underside of our living room table, which I had crawled under with some crayons at the age of two. Since then, I have always had paper and pencils with me wherever I go. When I was young, you could usually find me in my room drawing my own comic strip characters or my own version of Transformers. I fell in love with fantasy after reading a copy of Lord of the Rings that my stepmother let me borrow. This inevitably led me to playing Dungeons & Dragons with a small group of close friends, all of whom loved to draw as well. We would create elaborate campaigns complete with our own hand-drawn maps and monster manuals.

‘Harbortown’, another important district of ‘The Great City of Gateway’

In high school in the early 90s I started experimenting with digital art and keeping a sketchbook –something I credit my high school art teacher, Mrs. Hammonds, with encouraging us to do. This is a habit that has stuck with me ever since. In college I studied illustration, but it was also when I began to find my own unique voice in my sketchbooks. They were a place where I could experiment free from judgment or scrutiny. To this day I always keep a sketchbook with me wherever I go and it has become an invaluable tool for the development of my own personal IP: The Great City of Gateway. 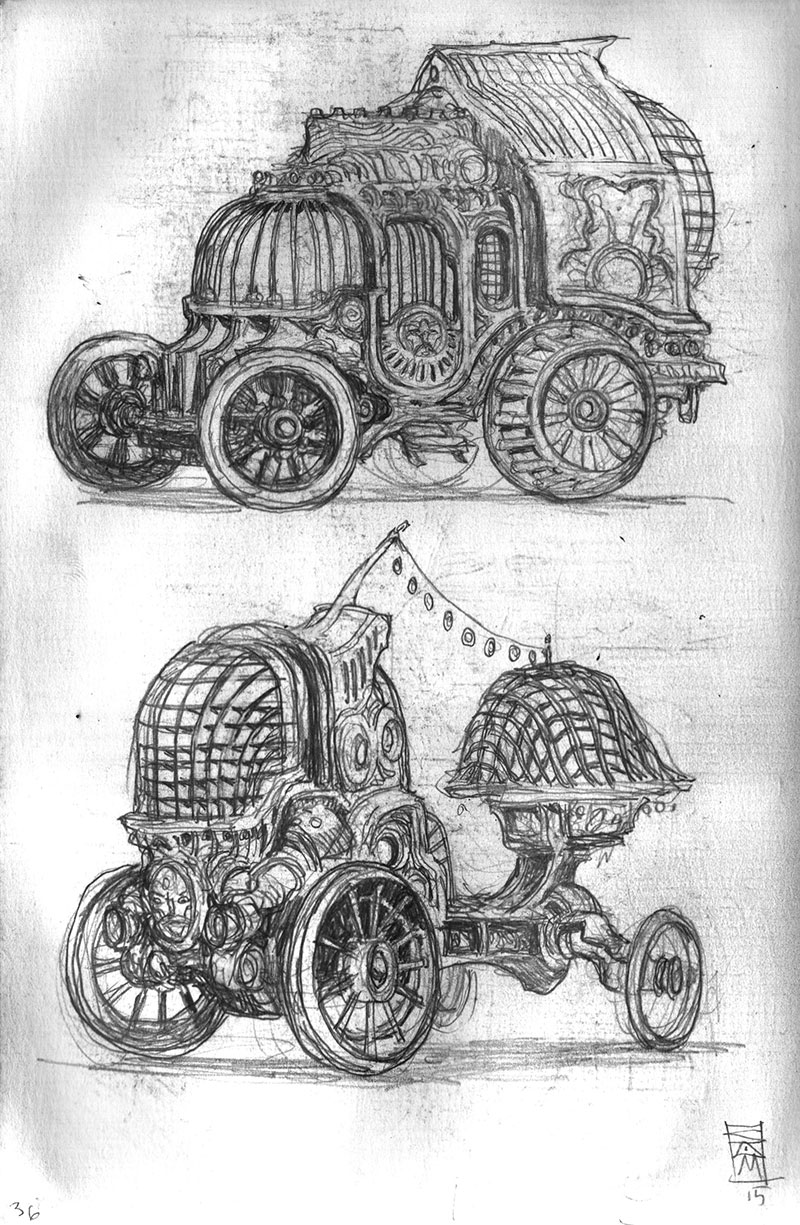 Victorian-style vehicles, powered by magic. Lately there have been a lot more vehicles and modes of transportation in Sean’s sketchbook

My sketches have also helped me throughout my career. Most recently, at San Diego Comic-Con in 2014, film director and producer Guillermo del Toro bought the printed version of my sketchbook at my booth and soon afterwards hired me to work on a TV show he was producing and also to illustrate his Young Adult novel Trollhunters.

‘Prison City’ is a small, island-based district of ‘The Great City of Gateway’. It is home to the Known World’s largest felonious wizard population

Lately, I have been working to build and expand my personal IP, Gateway, which is a fantasy world based around a huge city bustling with wizards, magic and intrigue. To this end, I recently launched a Patreon campaign to give my fans and followers an opportunity to follow along as I develop Gateway and even have a chance to help me decide which corner of Gateway to explore in drawings and paintings next!

Discover more about Sean’s sketchbook work in the full article in issue 134!